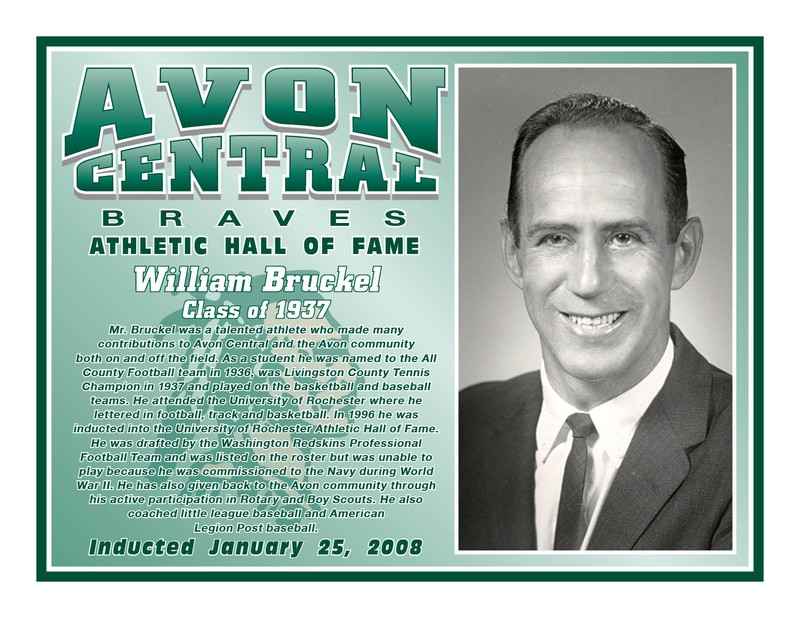 Mr. Bruckel was a talented athlete who made many contributions to Avon Central and the Avon community both on and off the field. As a student he was named to the All County Football team in 1936, was Livingston County Tennis champion in 1937 and played on the basketball and baseball teams. He attended the University of Rochester where he lettered in football, track, and basketball. In 1996 he was inducted into the University of Rochester Athletic Hall of Fame. He was drafted by the Washington Redskins professional football team and was listed on the roster but was unable to play because he was commissioned to the Navy during World War II. He has also given back to the Avon community through his active participation in Rotary and Boy Scouts. He also coached little league baseball and American Legion Post baseball. 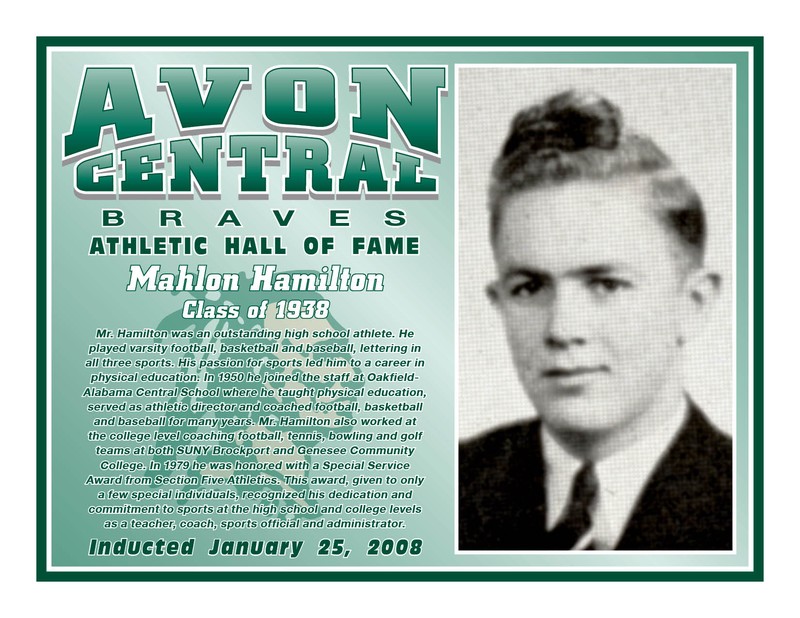 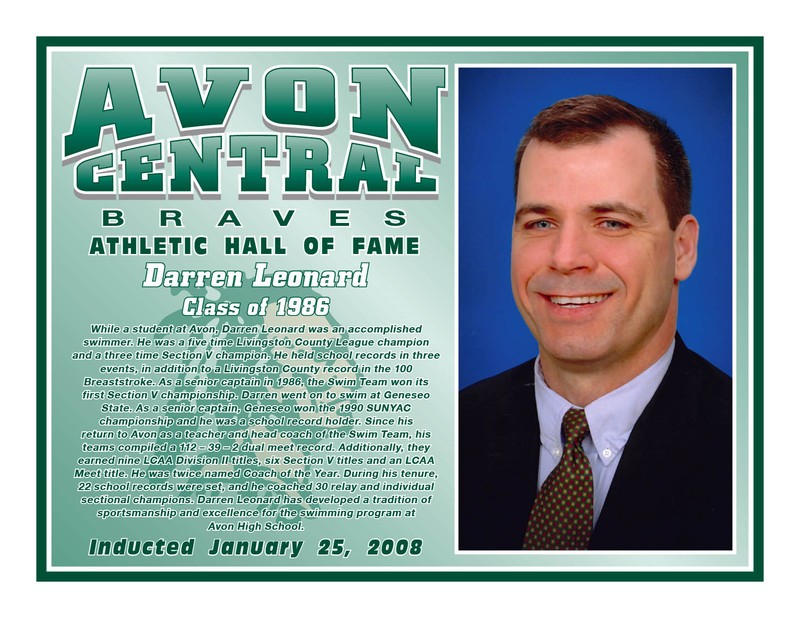 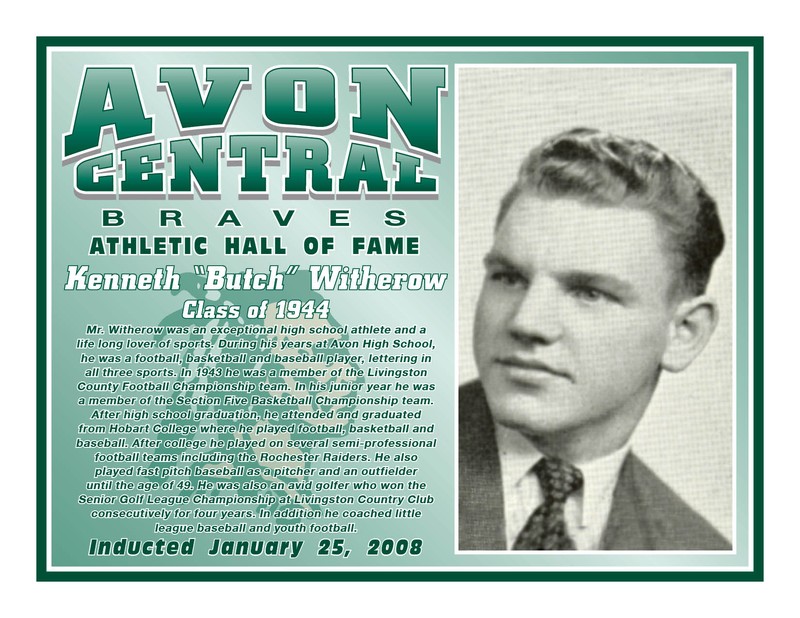